Benefits achieved:  JRP identified substantial savings through renegotiation of existing contract which would carry through to the next contract.

Arlanxeo is one of the world's largest producers of synthetic rubber and a wholly owned subsidiary of Saudi Aramco, the world's largest energy and chemical group. With their headquarters in the Netherlands, they develop, produce and market high-performance rubbers that are used for a wide range of applications: from the automotive and tire industries to the electrical, construction and oil and gas industries.

JRP were appointed by Arlanxeo to undertake a commercial and technical review of their existing Energy Services Company (ESCo) contract which was approximately 2/3 through its term.  The customer was uncertain that the level of performance provided was as good as it could be following a major problem with a heat exchanger that would require plant shut down to resolve.

JRP’s approach was as follows: 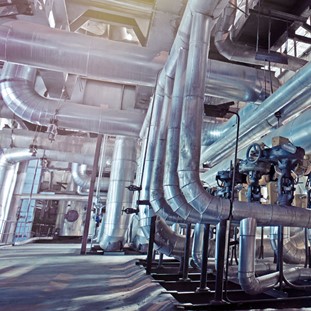 1.  A commercial and technical review of the existing ESCo arrangement was undertaken.

2. As part of the technical review, a technical data analysis of loads and profiles of electricity and heat was carried out to determine the efficiencies of the 10 MWth steam turbine and a 50 MWe gas turbine, along with all the associated plant – including a heat recovery steam generator.  This analysis was done initially as a desk top analysis to try to determine how they could improve efficiency.  Several areas for improvement were identified.

3. The existing commercial arrangements were reviewed.  It was discovered that the contract with the ESCo was not optimised from a cost perspective.  JRP proposed ways to improve the arrangements and developed a strategy by which the customer could renegotiate early the existing agreement.  Potential savings of approx. 12% pa would be achieved on the renegotiated contract for the remaining term.

4. JRP carried out a Provider Audit to assess service delivery which determined that the ESCo was actually providing a really good service, actually achieving the highest score JRP had ever recorded over its 20 years of completing Provider Audits.

JRP was able to identify where substantial savings could be made in the ESCo contract but was also able to re-assure the customer that they were receiving an excellent service, and that the ESCo had been meticulously monitoring the issue with the heat exchanger which was actually attributable to problems with the original manufacture.

This analysis helped set the future strategy and resulted in better communication, and therefore better understanding, between the customer and the ESCo.

For more information on any of JRP services call 0800 6127 567 or email info@jrpsolutions.com.

See all Tweets by JRPsolutions >

45-Minute Masterclass: How to build a successful Net Zero strategy for your business >

Cost of Inaction Analysis - the TRUE cost of not delivering energy saving projects! >

The ESOS Opportunity by Jes Rutter >

Jes talks about the benefits of our free ESOS Webinar >

Treat energy as seriously as health and safety >